Xkite is an amateur sports association, founded in 2004, with the aim of spreading the practice of kitesurfing, kite flying and sailing sports in general, through the organization of courses, trips, events and events. At its inception, kitesurfing was long considered an extreme sport, reserved for the few; our kite center was born with the aim of making sport safer and more accessible and to give the greatest number of people the opportunity to try the kite, having fun and in complete safety. Over the years we have developed a thorough and effective teaching, so much so that it has been taken as an example by many schools and by the federation itself: we are in fact a training and tutoring center for aspiring Italian Sailng Federation (FIV) instructors. We have also designed the lift service, a system of assistance boats that has allowed many beginners to overcome the obstacle of the first exits once the courses are over. We also dedicate a lot of effort to youth activities, organizing courses and camps reserved for children and teenagers, and over the years we have managed to create a real youth competitive team. Since 2012 xkite has been affiliated to the Italian Sailing Federation, and therefore our members can enjoy the benefits of a international recognized kite-licence. 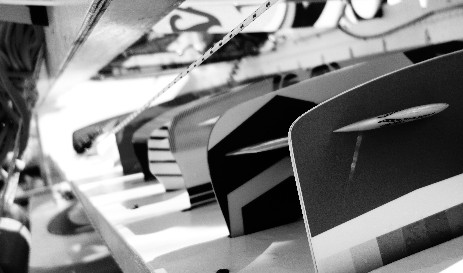 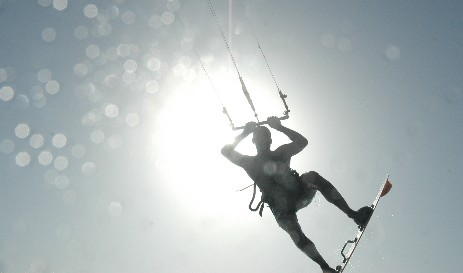 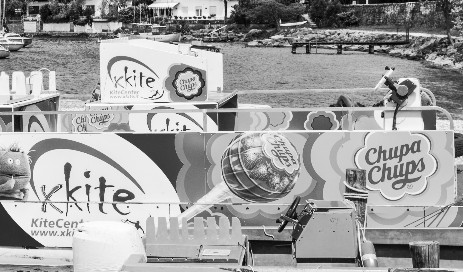 THE CLUBHOUSE
For our activities from this year we rely on the Malibu - Xkite beach bar, Via Gardesana 11, in Assenza di Brenzone. The beach bar has special prices for our members. Free wi-fi and a comfortable relaxation area are also available; in this way even the moments on the ground will be full of fun and comfort, to be exploited also with friends and family. We also have agreements with the Bellavista campsite, for the use of bathrooms, showers and area and for the storage of equipment.
THE STAFF

THOMAS FREDDI - SCHOOL AND LIFT COORDINATOR
He has the wind in the blood! Since childhood he devoted himself with success to the sailboat, going from most sports dinghies to cabin cruisers, and then approached  paragliding and flying kites traction on the ground (and buggy kitesnow) even before the birth of kitesurfing, of which was one of the forerunners in Italy. He will take care of you in the middle of Lake Garda with our "Katapulta", in search of the perfect wind, or to accompany you around the world in search of new spots where kiting. It 's the founder and the "brain" of our school: creative, messy ... unparalleled! 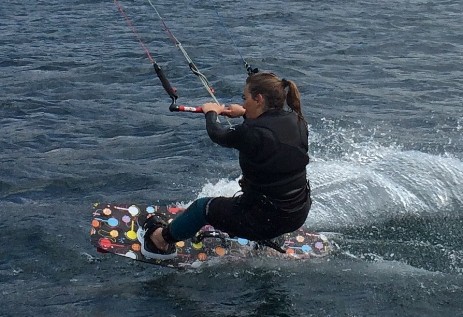 GIULIA SEPPI - SECRETARY AND HEAD INSTRUCTOR
From the desk to kiteboard. She started in the office, but by dint of filling out forms, enroll students, prepare cards and rearrange materials, she is no longer able to stay away from the water, and now divides his time between the computer and the kite. It deals with the administrative and general organization of sports activities, but on occasion jump in the boat for a lesson, or to hold a race course. When she is not busy with school, she likes to move furniture (her house is transformed each month) and pet her cats. 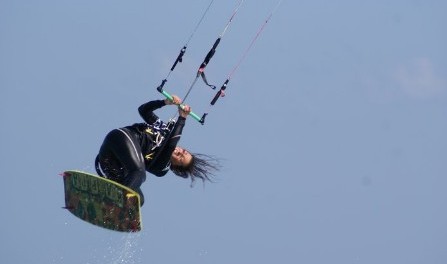 MARINA BERNASCONI - INSTRUCTOR
Volcanic and instinctive, Marina is a true force of nature. Unable to stand still, between one lesson and another, he repairs kite or dedicates himself to other 3 or 4 jobs, just so as not to get bored! Experience and determination are the qualities that make her an excellent instructor, but you will also like its emotional and passionate side, the constant search for a balance between instinct and reason. She loves travel, animals, nature. His lifestyle is simple and sporty, certainly it is easier to see it on a board than on a pair of heels! 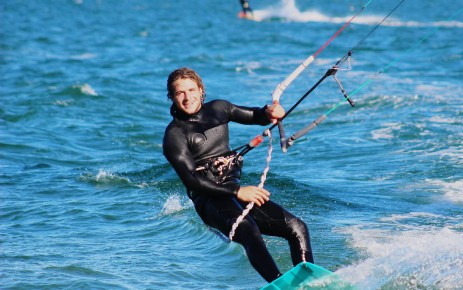 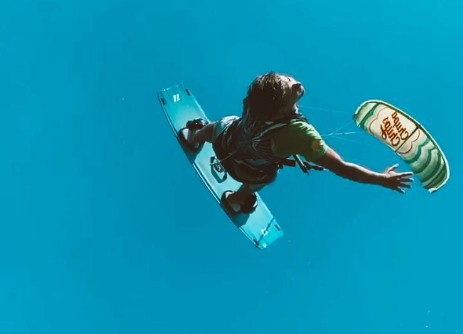 DAVIDE CELON - INSTRUCTOR
Davide is a bit of an xkite "son of art": he started practicing kiteboarding as a child, and then continued to attend the center first as a rider for the youth competitive team, then as an assistant and finally as an instructor. He is a talented athlete, determined and always ready for the challenge. He faces life with curiosity and passion, characteristics that make him an excellent instructor; add the generosity, the inexhaustible energy and the contagious smile and you will understand why we cannot do without him.
FEDERICO FECCHIO - ASSISTANT
We present you a "son" of xkite: Federico started kiting as a child, thanks to our courses, and continued to frequent us as a lifter until he became one of the most experienced riders in the center, with a powerful and elegant style at the same time. This year he will be with us as an assistant, waiting to soon become an excellent instructor.
In addition to the instructors staff, our association is fortunate to be able to count on a large number of shareholders who lend freely and voluntarily to get the best from our activities, from those who inflate the kite on the boat in the most crowded days to those who help us to promote the sport during the fairs, to whom prepare bread and Nutella after the session... It would take pages to list them all, so we express our huge thank to all our friends!